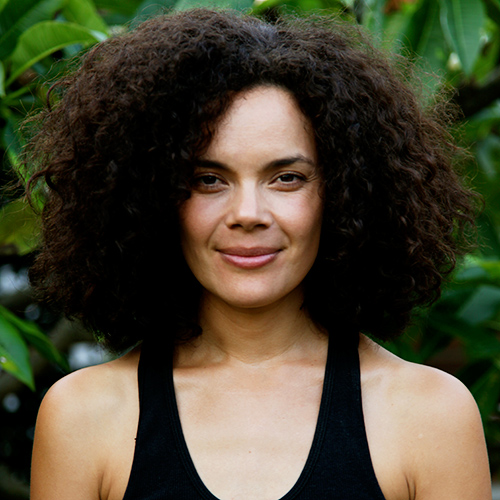 Angela’s works juxtapose perceptions of the social and economic impact of globalisation with personal observations of the effects of neo-colonialism and consumption on the private and public body.

She is currently exhibiting work at the National Gallery of Victoria International in the group show Art of the Pacific, and the 64th Blake Prize touring exhibition across Australia.
In 2016, Tiatia featured in APT 8 2015/2016, the Eighth Asia Pacific Triennial of Contemporary Art in QAGOMA, Brisbane, Video oediV at Campbelltown Arts Centre, Sydney and a solo exhibition Survey|Fā’aliga in Auckland, New Zealand.

In 2015, Tiatia secured a residency in Beijing, China, the Beijing Studio Program from 4A Centre for Contemporary Asian Art, and was a finalist for the NSW Visual Arts Fellowship (Emerging) culminating with a group exhibition at Artspace, Sydney.

Her works are held in the collections of The Queensland Art Gallery | Gallery of Modern Art (QAGOMA), the National Gallery of Victoria (NGV), and private collectors. She is represented by Alcaston Gallery, Melbourne, Australia.

Angela was raised and educated in New Zealand, Samoa and Australia and currently lives and works in Sydney.