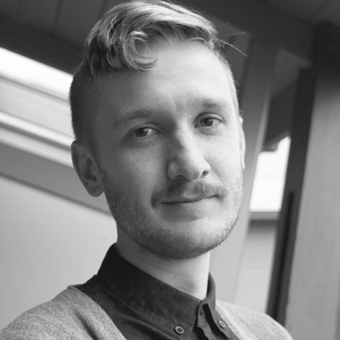 David Greenhalgh is a remix artist who creates short video essays about issues of social and political power, our ways of perceiving the world, and what the future may hold. The aim of his practice is to extend a hand to the future, through acting as a bricoleur of the past.

Through Public Domain and Creative Commons video and audio, unwitting/unwilling actors are cut from their original context and placed against obscure backdrops. A low-definition theatre production is collaged, a story told by a poorly-translated narrator.

David’s filmic practice is informed through his work as an archivist, where, surrounded by documents from the recent past, he may preserve socio-cultural memory and reinterpret the dominant narratives that run through it. Underlying both this work and his artistic practice is the belief that information should be free, accessible and open to multiple interpretations.