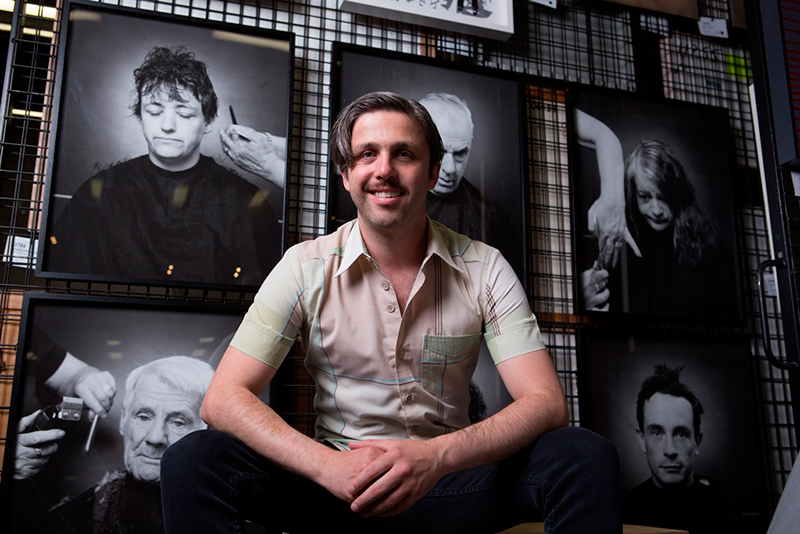 Emerging visual artists across Australia and New Zealand will have the opportunity for their work to be judged by leading figures in the contemporary art world as part of this year’s John Fries Memorial Prize.

Dr Daniel Mudie Cunningham, Felicity Fenner, Dr Sanné Mestrom and Kath Fries will have the enviable job of judging some of Australia and New Zealand’s most engaging and experimental work from the emerging end of the contemporary art scene.

Dr Daniel Mudie Cunningham is the Senior Curator at Artbank, the Chairman of dLux MediaArts and a Sydney-based artist. Since the mid-1990s he has curated numerous exhibitions and his cultural criticism and art writing is widely published in Australia and internationally.

Mudie Cunningham’s work draws upon and rethinks the image streams of art history, everyday life, pop culture and fandom through video and performance. In 2012 his project Funeral Songs was exhibited at the Museum of Old and New Art (MONA) in Hobart as part of MONA FOMA and remains in the gallery’s permanent collection. In 2013 his work will be exhibited at Peloton and MOP Projects in Sydney, Boxcopy in Brisbane and Screen Space in Melbourne.

Felicity Fenner is Chief Curator at the National Institute of Experimental Arts and Director of the new UNSW Galleries, COFA at the University of New South Wales’ College of Fine Arts.

A leading curator of contemporary art, Fenner’s exhibitions include: Primavera, 2005, at Sydney’s Museum of Contemporary Art; Handle with Care: 2008 Adelaide Biennial of Australian Art; Once Removed, Australia’s group exhibition at the 2009 Venice Biennale; Michael Nyman: CineOpera, 2011, at Sydney Park Brickworks; and Making Change, 2012, at the National Art Museum of China in Beijing (co-curated with Brenda L. Croft and Kon Gouriotis).

Dr Sanné Mestrom is a Melbourne-based sculptural-installation artist and winner of the 2011 John Fries Memorial Prize. Mestrom holds a PhD in Fine Art (2008) from RMIT University and lectures at Monash University. Her work often involves invisible forces, references to art and cultural history, and explorations of the psychological or emotional significance attributed to objects.

Mestrom has been selected to exhibit in this year’s NEW13 at the Australian Centre for Contemporary Art (ACCA) in Melbourne and will represent Utopian Slumps at the first edition of Art Basel Hong Kong. Recent group exhibitions include: 2012: Pretty Air & Useful Things at Monash University Museum of Art (MUMA); Ode to Form at West Space; Figure & Ground at Utopian Slumps; and Social Sculpture at Anna Schwartz Gallery, Sydney. Her solo exhibitions include The Reclining Nude at Chalk Horse in Sydney and Studio 12 at Gertrude Contemporary in Melbourne.

Kath Fries is a Sydney-based emerging artist whose work spans installation, sculpture, drawing, photography and video. She was the recipient of the 2010 Japan Foundation New Artist Award, a 2011 ArtStart Grant from the Australia Council and a 2012 NSW Artists’ Grant.

In 2012 Fries was commissioned to create an ephemeral installation for Albury City Council and was an artist in residence at Bundanon Trust and Gosford Regional Gallery. She has also been an artist in residence at The Lock Up Museum in Newcastle and at Laughing Waters in Eltham, Victoria. Fries has worked and exhibited with a number of artist-run initiatives in Sydney and national sculpture festivals. She the daughter of the late John Fries and a member of the Viscopy board.

About the John Fries Memorial Prize

The John Fries Memorial Prize recognises and celebrates the work of emerging and early career visual artists through a $10,000 non-acquisitive award donated by the Fries family in memory of former Viscopy director and honorary treasurer, John Fries.

Since the Prize was launched in 2010, it has grown to become a significant event in Sydney’s cultural and contemporary art calendar.