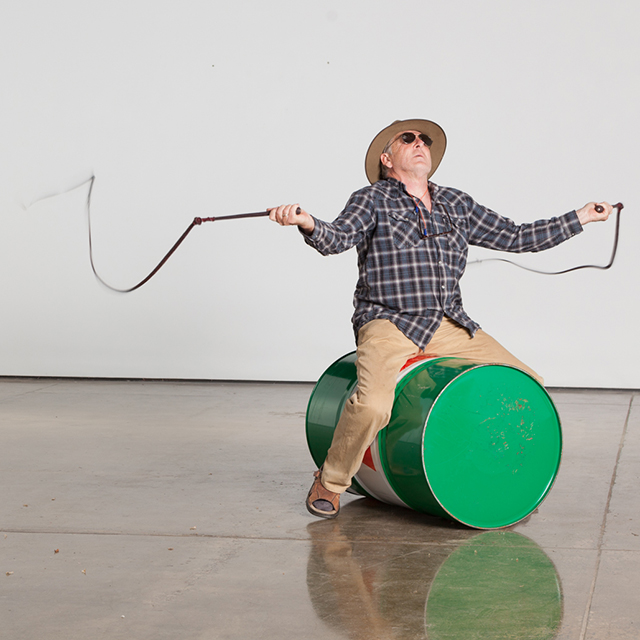 The $10,000 award winner is Eric Demetriou, while Jessie Bullivant was Highly Commended for her work.

Demetriou’s installation piece, An Afternoon with Herb Jercher, is a work combining the sounds of whip cracking with the impact of the whips’ contact on a surface. The work was developed with sound artist Herb Jercher.

“This exciting and strong work seems to reference the drover through the sounds and effects of lashing whips. Its duality is what makes it appealing, as the sound of the whip evokes the Man from Snowy River, but it’s mediated through pop culture, art and technical recording devices.”

Bullivant’s Highly Commended work, In the Event of Winning, is a video of an acceptance speech which is not to be viewed unless the artist wins.

Watts said, “This is a work that can win but not be judged and sums up for me that terrible anxiety we all have of being measured, examined, put into boxes by an ordered society and our desperate attempts to wrestle back some agency. Bullivant’s work somehow breaks the bind of the award’s rules while still, paradoxically, remaining in the game.”

Fourteen finalists, selected by the judges from 1000 entries, are featured in the John Fries Award exhibition at the award’s presenting partner UNSW Galleries until October 1.