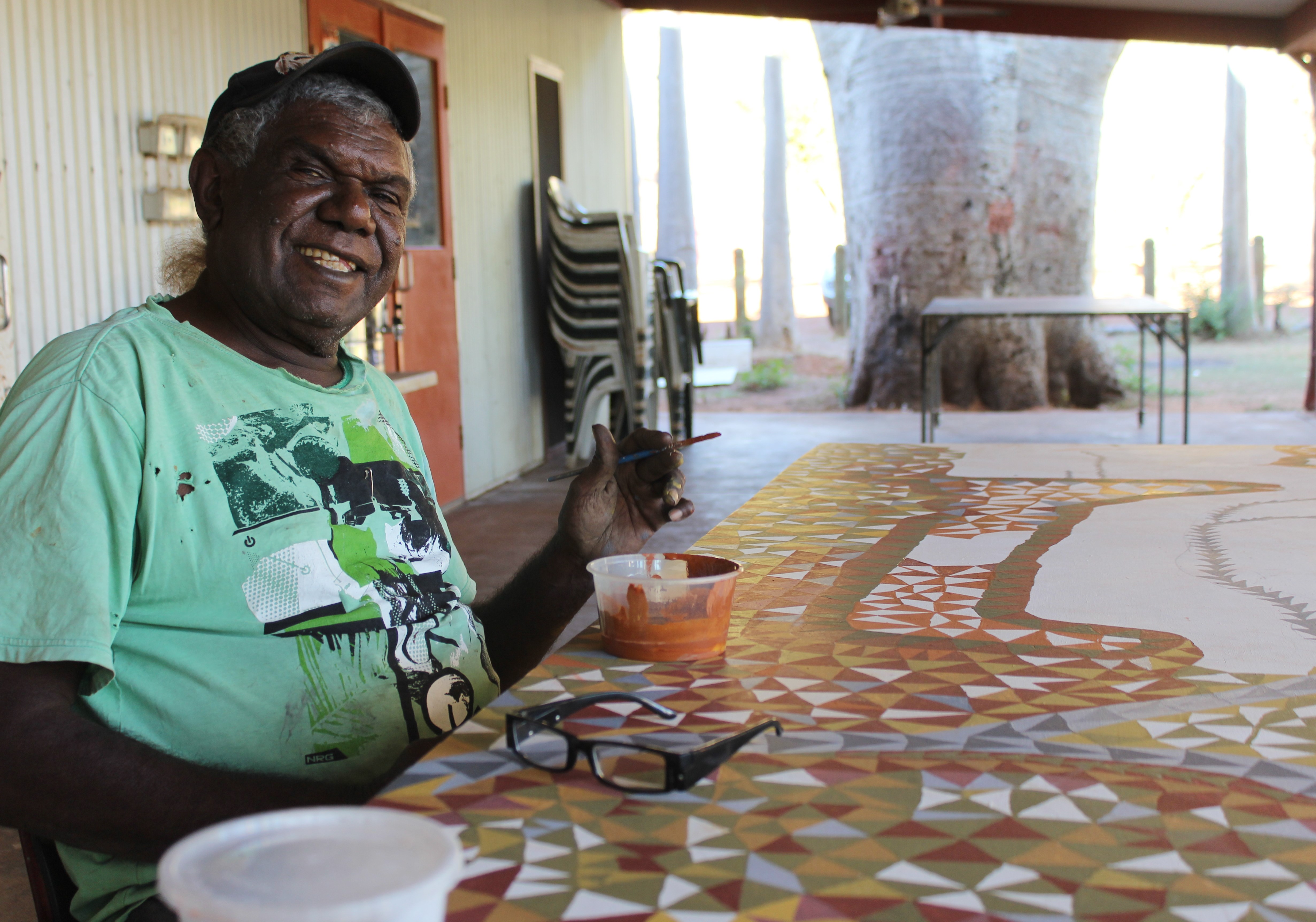 Remote West Australian artist Ben Ward is the first Aboriginal artist, and the first Western Australian, to take out the $10,000 Copyright Agency | Viscopy John Fries Award for emerging artists for his painting Our Country.

Despite picking up a paintbrush just four years ago, 65-year-old Ward has developed a distinctive painting style: using brightly coloured tessellating triangles to depict his local Miriwoong country. He paints almost daily at the Waringarri Aboriginal Arts Centre in Kununurra.

At 2.4 metres wide, Our Country is the largest in a series of 18 paintings that represent the landscape, stories and sacred sites flooded by the Lake Argyle Dam, Western Australia’s largest artificial lake, constructed near Kununurra in the east Kimberley in the early 1970s.

Ward says, “…all that’s under water now, and that’s what I paint. Everything that’s underwater, I remember every bit of it.

“I am very pleased I have won the John Fries Award. It makes me feel proud…the reason why I did this painting was to teach the younger generation about painting.”

“The message I would like to give to the people of the community is don’t lose the vision of your country. Thank you very much for the award.”

“His style is about finding ways to connect to younger generations as a way of preserving the identity and heritage of his home,” he says.

“Ben’s work is a way of reconciling and remembering the quite violent appropriation of Miriwoong land. Through his paintings, he sets out to create a sense of community and the shared custodianship of the land and the language to represent it.”

The John Fries Award 2015 Exhibition is open from Tuesday to Saturday, 10am-5pm at UNSW Galleries at UNSW Art & Design – the award’s presenting partner for the second year running – located at the corner of Oxford Street and Greens Road in Paddington, Sydney until Saturday, 10 October.

Curator Oliver Watts presents a guided tour of the Finalist Exhibition, A Jester’s Whisper, concluding with a Q&A session. Go to the Facebook Event.

Lectures from Curator Oliver Watts and finalists Giselle Stanborough and Will French.
Go to the Facebook Event.

Download an image of Our Country.
Credit: Our Country, 2015. Natural ochre on plywood
122x240cm
© Ben Ward/Licensed by Viscopy. 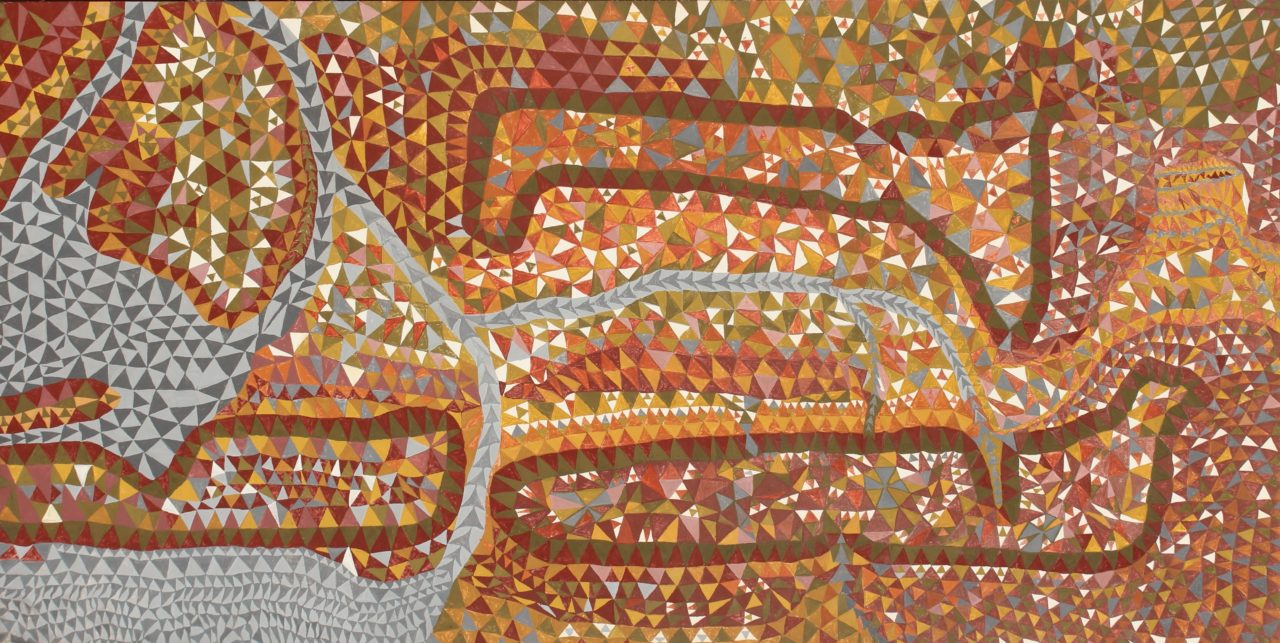