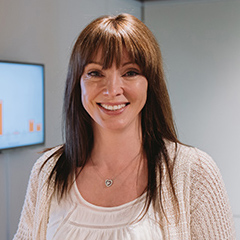 A central narrative ties Debbie’s works together. This narrative implores the viewer to look upon the critical situation transpiring within the Earth’s remaining ‘wild’ spaces with renewed impetus – her works transpose one form of crisis upon another, reflecting not only the dire situation materialising within each of the regions she focuses on, but also the growing worldwide environmental conundrum. Conceptually the works aim to sensitise a desensitized society via the recapturing of the peer-reviewed data and forcing it back into the public sphere, to create an analysis of the projected consequences of our immediate future.

Debbie completed her PhD Anthropocentrism, Endangered Species and the Environmental Dilemma at Monash University in 2013 with the support of an Australian Postgraduate Scholarship. Symons collaborates with scientific organisations such as the IUCN Red List to facilitate the statistical data pertaining to her works.

Symons’ works have been shown internationally by the International Urban Screen Association and through the Streaming Museum in New York. Locally, Symons’ has exhibited her works at [MARS] gallery, Craft Victoria, Linden New Art, RMIT gallery, Latrobe Regional gallery and is currently exhibiting in Melbourne Central Art Loop, curated by [MARS] gallery. Her works are held in number of private collections within Australia. She recently completed the inaugural Carlton Connect residency for the City of Melbourne as part of the CLIMARTE Art+Climate=Change 2015 festival and exhibited as part of ARTCOP21 artistic response to the COP21 talks in Paris, New York and Melbourne.