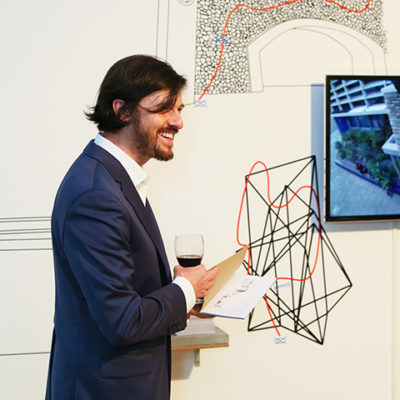 Nearly a thousand entries have flooded into this year’s 7th annual John Fries Award from artists all over Australia and New Zealand, a 25% increase on last year.

The Award attracted 985 entries from emerging and early career artists across multiple disciplines and locations, from a mixed-media Maori artist from Mangakakai, New Zealand to a painter from the Fitzroy Crossing in the top end of Western Australia. The strongest growth by state was from the ACT, increasing by 37.5% on last year.

“This year we’ve seen a real increase from New Zealand and from around Australia, especially outside the centres of Sydney and Melbourne. It’s great to see the Award has cemented itself as a truly trans-national prize,” he said.

“Selecting the finalists is going to be a daunting task, but I am really looking forward to looking through the entries this year. There is always such a great overview of contemporary art – from the poetic to the real, the socially-minded to the enigmatic – to sometimes, let’s face it, the truly bizarre.

“I am keen to get stuck in and try to find some work that is vital and compelling and that says something about the world in which we live,” he said.

To help build more inclusivity of the Award, regional, interstate and New Zealand finalists will be assisted with transport costs.

The panel of judges this year is made up of a diverse and strong representation of professionals in contemporary arts, including Curator Mark Feary, multi-disciplinary artist Bianca Hester and Aboriginal Artist Tony Albert. Long-term judge, artist and daughter of the late John Fries, Kath Fries, will continue on the panel in 2016 alongside Guest Curator Oliver Watts.

All finalists’ entries will feature in a six-week long exhibition at UNSW Galleries at UNSW Art & Design – the award’s presenting partner for the third year running – where the winner will be announced on 18 August.

The award’s $10,000 prize money has been donated by the Fries family in memory of former Viscopy director and honorary treasurer, John Fries, who made a remarkable contribution to the life and success of Viscopy.