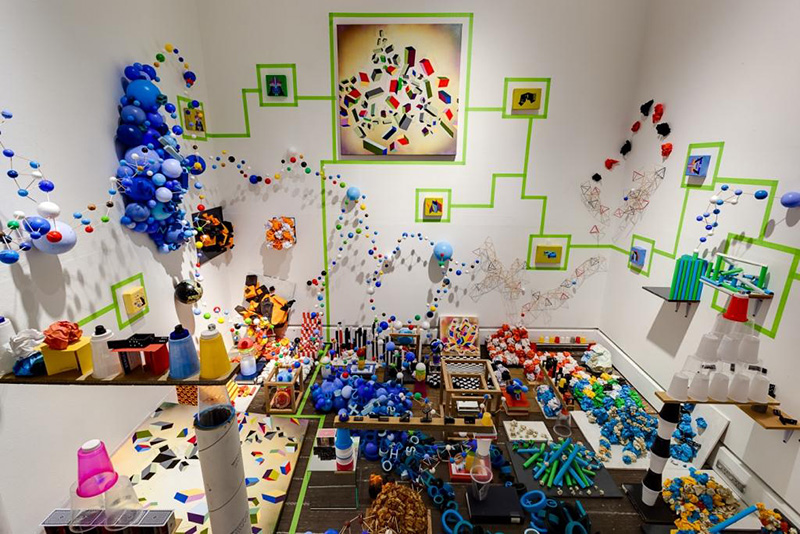 Winning the $10,000 John Fries Award in 2012 allowed Tasmanian-artist Jacob Leary to live for “quite a few months”, which freed him from financial concerns and meant he could spend time producing new artworks.

Jacob says: “I lived off it for a fair while. It freed me up to work on my art and I was able to go travelling.

“Early in 2013, I went to Singapore and Thailand. Then later I spent a month in Nepal. I’m pretty open, I could have gone to a lot of places. I’d never visited those countries,” Jacob says.

The award and subsequent travel has made an impact on Jacob’s art “in very non-lineal ways”, he says.

“My art is kind of about structure and the cities and how people navigate their sense of place. The travel has had an effect and will do so in the future on how I think about things.

“There is a real clash between the city and the wilderness and walking through those areas was really interesting.”

The year after his win, Jacob experienced a substantial increase in exhibitions of his work.

“I had a solo show with my commercial gallery Despard Gallery last year and I have also worked on some major commissions and curated projects as well.

“I was exhibited at the Emerging Artists wall at the Tasmanian Museum and Art Gallery and had works shown there for three months in 2013.”

Jacob also produced an outdoor work for a sculpture garden in Hobart’s Salamanca, curated by Sean Kelly, which was in place for more than two months.

2013 also saw Jacob improve his business skills with a focus on setting goals “and following them up for as long as it takes”.

“I’ve been working on my goals and working to achieve them. One goal was to make a connection with an established Melbourne gallery. I had to develop promotional material, send it out and follow it up. I achieved that goal – it’s early days but I will have work exhibited in Melbourne.

“I sent material to a number of galleries and I made sure that I included catalogue essays and flyers as well as soft copies. With my work, it’s important that they get a good visual feel instantly. You can’t do that with a USB stick or CD. They might take the time to put it in a computer and look at it but they might not. By having the printed material, it falls out as soon as you open the envelope.”

Finalists for the 2014 John Fries Award for emerging Australian and New Zealand artists have been announced and the winner will be named on Tuesday 12 August at the award’s venue partner, Galleries UNSW, COFA. The JFA exhibition is held from Saturday 9 August to Saturday 6 September.